The One with the Embryos

Joey and Chandler guess all the items that Monica and Rachel had in a bag after coming home from the market. This starts a competition between the boys and the girls, a question-answer game created by Ross. The sex that knows the most about the other one wins. Meanwhile, Phoebe goes to the doctor to get the embryos implanted in her uterus. The game ends tied, so Ross prepares the “Lightning Round.” Monica and Chandler raise the bet: if the girls win, the boys get rid of the chick and the duck, but if the boys win, they have to switch apartments. At the end, the boys win because the girls don’t know Chandler’s job. Just when the two couples are changing apartments, Phoebe surprises everyone announcing she is pregnant. 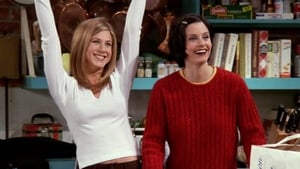 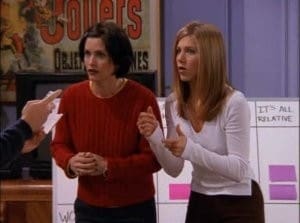